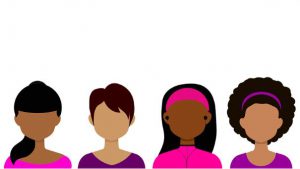 What is hair density and what does that mean for you?

What is hair density?

Before one can truly understand the ‘idea’ about hair density, it is best to define what density is and how it relates to hair.

According to Wikipedia, – the density or the volumetric mass density, of a substance is its mass per unit volume. The symbol most often used for density is ρ (the lower case Greek letter rho), although the Latin letter D can also be used. Mathematically, density is defined as mass divided by volume:[1]

where ρ is the density, m is the mass, and V is the volume.

SO, in layman terms, density can be described as the mass of something divided by how much of that something that there is.

In terms of hair, when we think about hair density, what we are doing is figuring out the amount of hair that contributes to your thickness or thinness on your head. Hair density is the amount of hair strands on the head. You can get a ‘rough’ estimation of your own hair density by making a one-inch square somewhere on your head, and then counting the individual strands found in that square inch. It’s all about the ‘big picture’.

Density is not to be confused with hair texture. Hair texture relates to the width/circumference of the individual strands.

Generally speaking, hair density can be called: thin, medium or thick. The average head has approximately 2,200 strands of hair per square inch, and a total of approximately 100,000 hairs.

The importance of knowing your hair density

In my opinion, knowing your hair density is helpful in the type of hairstyles that you create for yourself or even for others. It is a fact that your hair is like a frame for your face. We all want to look our best at all times or as often as possible.

Knowing your hair density helps you to accept the type of hair you have and how you can best manipulate it to your advantage.  And if you are unable to create the hairstyles that you prefer with your own hair, then you can find alternative ways without frustrating yourself.

So, a few advantages can be listed as:

To get the best hairstyles based on your hair density, here are two common styles:

My final thoughts on hair density

Of course, we are human and there will be times when it seems that genetics is not on the side that we desire. In these instances, we can always augment what we are born with. We will not be able to change, per se, the density of our hair on a permanent basis, but we can do so temporarily.  We can use hairstyling aids such as:

Whatever you decide, be it a new haircut to emphasize your asset or a complimentary accessory to camouflage your hair density – what is important is this – YOU have to be comfortable in your own skin.

I wish you all the best. I would love your feedback as well. Please leave a comment in the comments section.