What is olive oil? 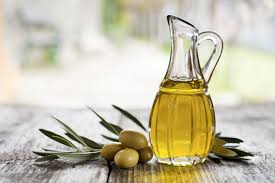 There are several benefits to using olive oil – you can use it for your hair, skin, health, and even for religious practices. This article is here to provide a source of information about olive oil and its various applications.

Olive oil is the by-product of the olive fruit. It is grown mostly in a Mediterranean type weather. It is used a lot by Greeks and Italian  – both in their cuisine as well as in their hygienic practices.

“Olive oil is a liquid fat obtained from olives (the fruit of Olea europaea; family Oleaceae), a traditional tree crop of the Mediterranean Basin. The oil is produced by pressing whole olives. It is commonly used in cooking, whether for frying or as a salad dressing. It is also used in cosmetics, pharmaceuticals, and soaps, and as a fuel for traditional oil lamps, and has additional uses in some religions. It is associated with the “Mediterranean diet” for its possible health benefits. The olive is one of three core food plants in Mediterranean cuisine; the other two are wheat and grapes.”[1] 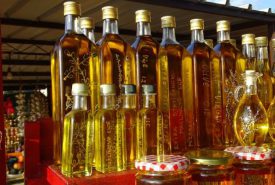 There are various grades associated with olive oil:

Using Olive Oil for the Skin

One of the most often raved benefits of olive oil is its moisturizing property. It makes your skin supple and soft. You can apply olive oil without any additional product as a natural moisturizer for especially dry skin.  You can also combine the oil with other oils, essential oils, according to your personal preference.

One of my personal favorites is Whipped Shea Butter

The ingredients are whipped together after allowing them to liquify at room temp or slight heating (in a warm water bath) a few seconds (in the microwave oven on low heat) before whipping. Once whipped, you then put in the freezer for about 15-20 mins, allowing the mixture to harden a bit.

The mix is then whipped for at least another 20 minutes until it is fluffy and has the appearance of a meringue pie. You can then bottle in clean glass jars and enjoy at least for a few months until you make the next batch. This is whipped shea butter which I lavish on my skin all over, including my hair.

Using Olive Oil for the Hair

As stated above, olive oil makes a great: 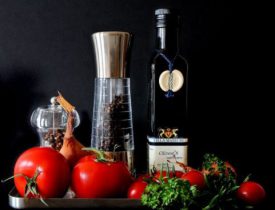 Anything in its natural form is a great addition to the interior health of the body. Olive oil is one oil that is touted to be the best for many culinary uses:

Olive oil has also been said to help in helping certain health issues such as:

Of course, you should do a thorough research before implementing any use of olive oil for these issues by consulting with your medical authority.

In days gone by, the lowly olive oil was associated with healing, strength, and often used in consecration.

It was used in religious practices by Minoans. They often associated olive oil with wealth as well.

In Judaism, the olive oil is the only fuel allowed to be used in the seven-branched Menora in the earlier times and continues in current times. It was also used for anointing spiritual leaders.

In Christianity, the Roman Catholic, Orthodox, and Anglican churches use olive oil for the Oil of Catechumens (used to bless and strengthen those preparing for Baptism) and Oil of the Sick (used to confer the Sacrament of Anointing of the Sick or Unction).[2]

I simply love olive oil because of its versatility in providing such goodness to the body on the inside and on the outside. If there is something that I may have left out in this article, I would love your feedback.